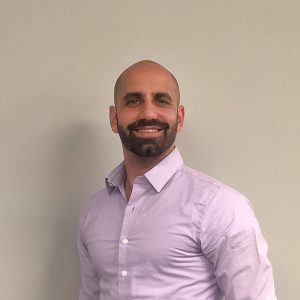 “We won’t always have the answers in the moment, but we should always reflect on those moments to find the answer.”

John Saba believes the answer is not to try and change the individual. Instead, he strives to change the world around an individual to create meaningful and lasting growth.

John’s journey as an ABA professional has been influenced by those he’s had the opportunity to serve along his way. He often reflects on a very difficult client who had the biggest impact on his own professional growth. After finishing very challenging sessions sweaty and exhausted, John had two options: give up and ask to be removed from the case or keep grinding.

John chose the latter, and over a 5-year period, this client was John’s greatest teacher and helped elevate his skills as a clinician. When it was time for John to transition off the team serving this client, the family told him that no one had ever worked with their son the way he did. That one statement made it all worth it.

When John is not using the principles of ABA to help people, he’s using them at the poker table.