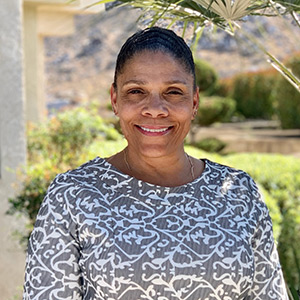 “The difference between each of us is… we are really all the same. Each of us wants to be loved and appreciated, to be honored and valued. Look for something each day that represents these principles, especially in the small things such as a smile.”

Tracey Taylor will always smile when she remembers a particular experience working with a child with no vocal communication skills and excessive aggressive behaviors. The parent, desperate to be able to manage his behaviors, asked Tracey if the child would ever speak. Through his program ofABA-based therapy, not only did this child reduce behaviors to a manageable level, he also learned verbal skills. Tracey was there to observe something miraculous: when this child referred to his mother, out loud, as “mama.”

Tracey began her career as a paraprofessional working with visually impaired students. After earning her Associate of Arts in Early Education and Bachelor of Science in Human Services & Human Development, Tracey worked as a teacher for the Fontana Unified School District for over 15 years. She was named “Teacher of the Year” in 2011. Tracey began her journey into applied behavior analysis as a behavior interventionist and discovered her passion for helping people with autism. She earned her Master of Education.degree through Arizona State University and was encouraged by her mentor and founder of California Psychcare – Dr. Ali Sadeghi – to pursue her BCBA.

Tracey is a mother of three wonderful sons and one beautiful daughter-in-law. She LOVES Disneyland, camping at the river, and the beach. God is Tracey’s guiding compass.